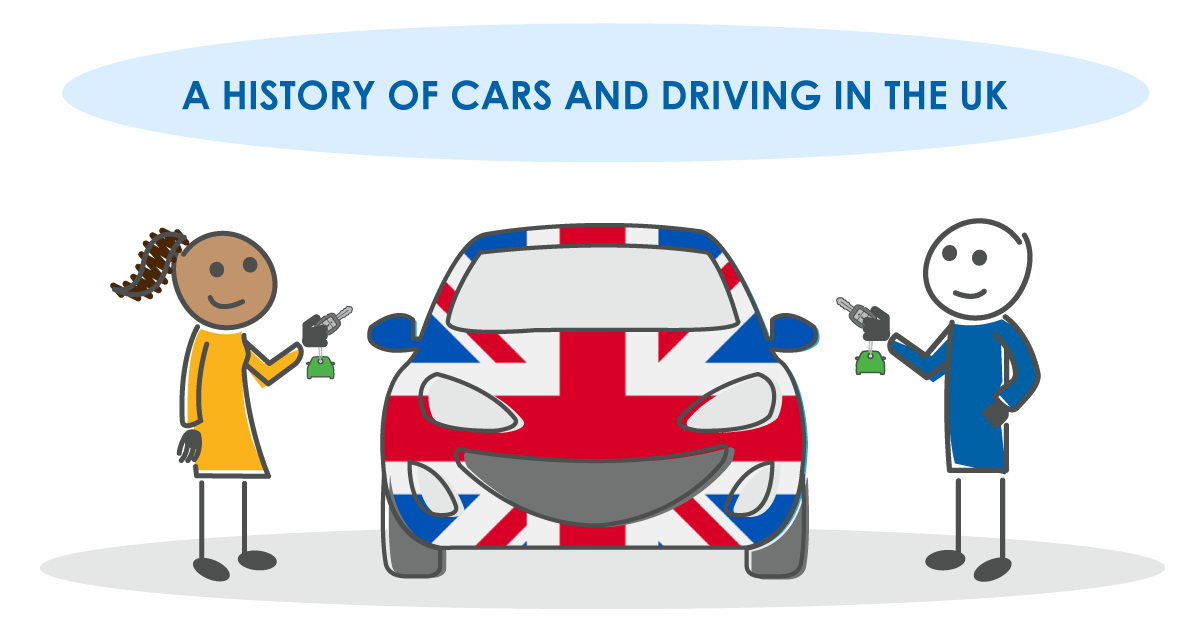 A guide to securing car loans with poor credit

During the 1950s, the UK became the largest exporter of cars in the world and the second-largest car manufacturer in the world after the US.

Work to build the first car in the UK was started in 1892 by a 20-year-old gas fitter and plumber named Fredrick William Bremer. While still incomplete, his vehicle made its first run on a public highway in 1894. It was the first British motor car with four wheels and a petrol engine.

There were many short-lived attempts to manufacture cars in the UK due to lack of investment. Fords started to arrive in the UK from 1908 and were much cheaper due to mass production lines compared to crafting individual cars, which meant ordinary people could start to afford them.

In the early 1890s, the cars that began to be driven on UK roads were mostly vehicles that were imported.

In 1897 the first woman to own and drive a car in the UK was an actress named Minnie Palmer. The vehicle was a Rougemont automobile, and was made in France.

In 1895 the first man to own and drive a car in the UK was Evelyn Ellis. The vehicle was a Panhard et Levassor automobile.

The first driving lessons were offered in the UK from the year 1900. They were supplied by the Motor Carriage Supply Company of London.

It is estimated that about 75 percent of motor vehicles were sold on hire purchase during the 1930s, even though the option to do so was rarely advertised and was a sensitive yet secretive subject to approach with potential customers.

In the 2000s, it was common for households to have credit from many different lenders, visit our history of credit in the UK page for more information.

Go Car Credit was launched in 2017, and we have provided bad credit car finance to many of our customers who may have been refused by mainstream lenders.

In 1896 Walter Arnold broke the UK speed limit by driving at 8mph when the law was 2mph. He was pulled over by a policeman on a bicycle, convicted and had to pay a fine of 5 Shillings.

He may have also broken the 1865 Locomotives act which required a red flag bearer to walk in front of the vehicle (road locomotives) at all times, this requirement was abolished later in the year and the speed limit was raised to 14mph.

The highway code was first launched in 1931 when 7,000 people were killed every year by car accidents even. There were about 2.3 million vehicles on the road at the time. The highway code advised to honk your horn when overtaking. In the second edition of the highway code there were 10 diagrams of road signs and also warned about the dangers of driving when tired or intoxicated by alcohol.

It became an offence to be drunk when in charge of a horse, steam engine or carriage in 1872. The punishment was a fine of up to 40 shillings, although the court had discretion, or imprisonment for a maximum of 1 month, sometimes with hard labour.

In 1960, it became illegal to drive or be in charge of a motor vehicle due to being intoxicated.

The first breathalyser that could be used on the road was approved by the Home Office in 1968.

Why do we drive on the left in the UK? One historical theory is riding a horse on the left side of the road meant it was easier to draw your sword with your right hand if you were passing strangers on the road to guard against being mugged. Or even to offer a handshake in friendship while using the left hand to control the reins of their horse. The Highways Act of 1835 made driving on the left the law in the UK.

Your dog must be secure or “suitably restrained” to avoid distraction or injury during travel (Rule 57 of the Highway Code) which means not letting your dog stick their head out of the window if they are not restrained.

Loud music could be classed as a distraction (Rule 148 of the Highway Code).

An old law from the Metropolitan Streets Act of 1867 means it is still technically illegal to advertise on your car.

The Vagrancy Act 1824 which is the law which makes begging for change illegal no matter what the purpose, means that if you don’t have enough change for the parking meter it is illegal to beg for it from others.

If you warn others about speed traps, you are “wilfully obstructing a constable in the execution of his/her duty” according to the Police Act of 1996

A guide to securing car loans with poor credit