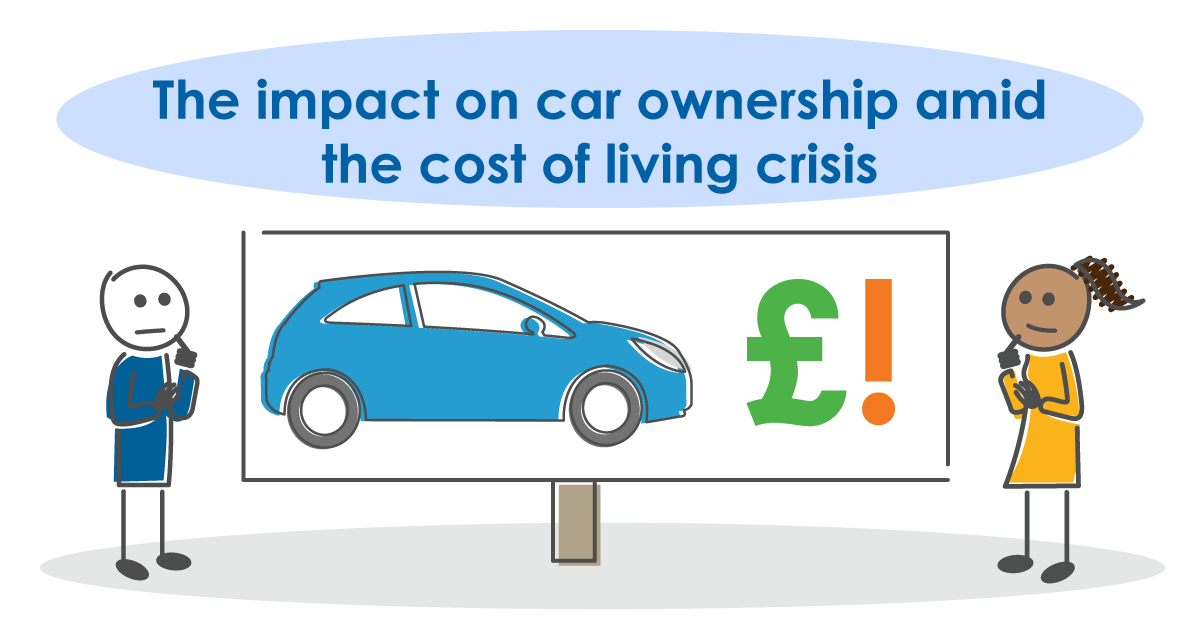 With the current cost of living crisis, car buyers are looking to tighten their purse strings where they can. Choosing a car with an affordable deposit and car finance plan is only one consideration in car buying. The ongoing cost of a car needs to be factored in to include additional financial commitments such as repair costs, fuel, and insurance.

We’re keen to help car buyers continue to make financially smart decisions. We’ve carried out a nationwide survey* to understand more about how the cost-of-living crisis has impacted car usage and car buying behaviours. With this in mind, we’re also going to reveal which car makes and models are the cheapest to run in the long run.

An ongoing decline in new car sales, rising fuel prices and rising cost of living, we know car buying has become an even more considered investment. In fact, 78% of people believe that car ownership has become unaffordable.

When we dig into the data in more detail, we’re able to see who is feeling the pinch. 26% of those surveyed in Scotland strongly agreed that car ownership has become unaffordable due to the rising cost of cars. 33% of 18-24 year olds across the UK and 38.5% of people with 5 or more kids were those that strongly agreed that care ownership has become unaffordable. 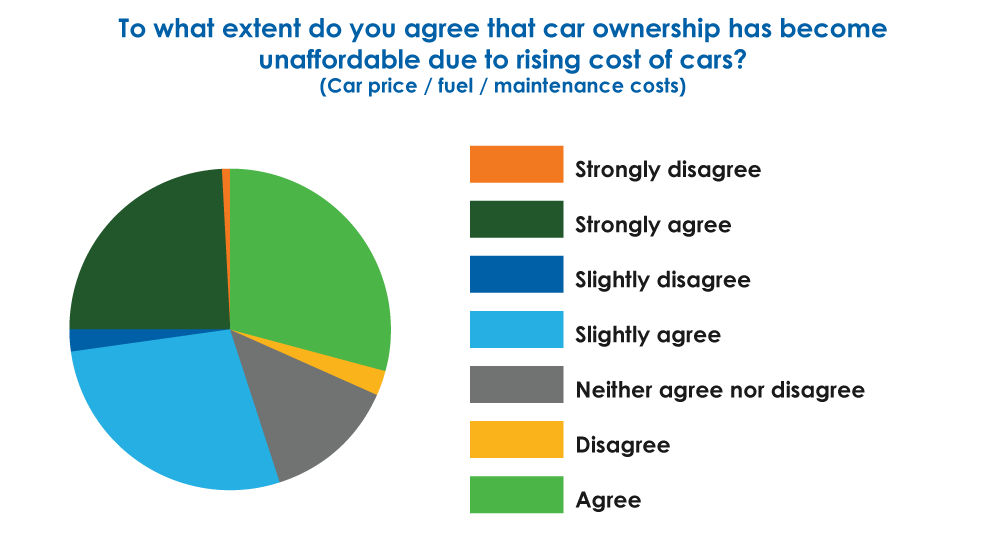 Fuel prices are the biggest factor contributing to car unaffordability

Whilst a younger driver’s trepidation may not be surprising, we were keen to understand what affordability factors were influencing their (and the UK’s) car ownership hesitation.  A whopping 82% of those surveyed said that rising fuel prices is the biggest barrier to car ownership. Digging into specific demographics, 94% of those surveyed in Northern Ireland claimed this was the biggest factor. When it came to age, it was the 25-34 bracket who were most dissuaded by rising fuel prices. Other factors at play included rising purchase price of vehicle, cost of maintenance and repairs, and insurance being the biggest perceived barriers to car affordability. 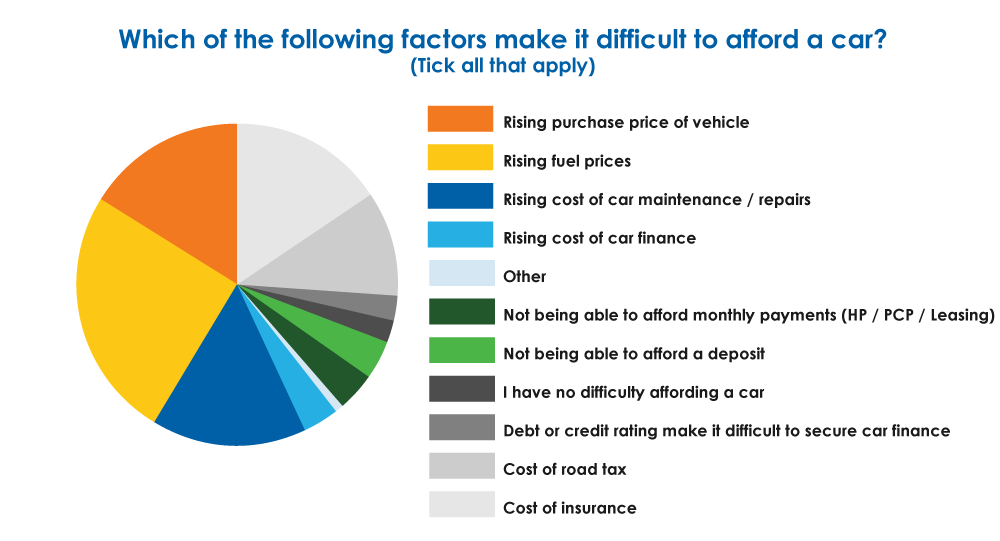 Naturally, we were keen to understand how this rising cost of cars had impacted the nation on their everyday lives. What were the compromises and had this forced them to adapt their car usage behaviours? The answer is yes.

When we asked those surveyed to select potential ways this rise in car ownership had impacted their lives, nearly 50% answered that they were using their car less to save money. 15%, concerningly, admitted to letting broken parts or dents on a car go unfixed. What was revealed was that only 3% claimed that they were opting to car share. So, whilst running a car has impacted their usage, their desire to drive and own their own car remains relatively unchanged. Arguably, working from home culture has facilitated those surveyed to use their car less (and use less fuel) as a way of saving money. 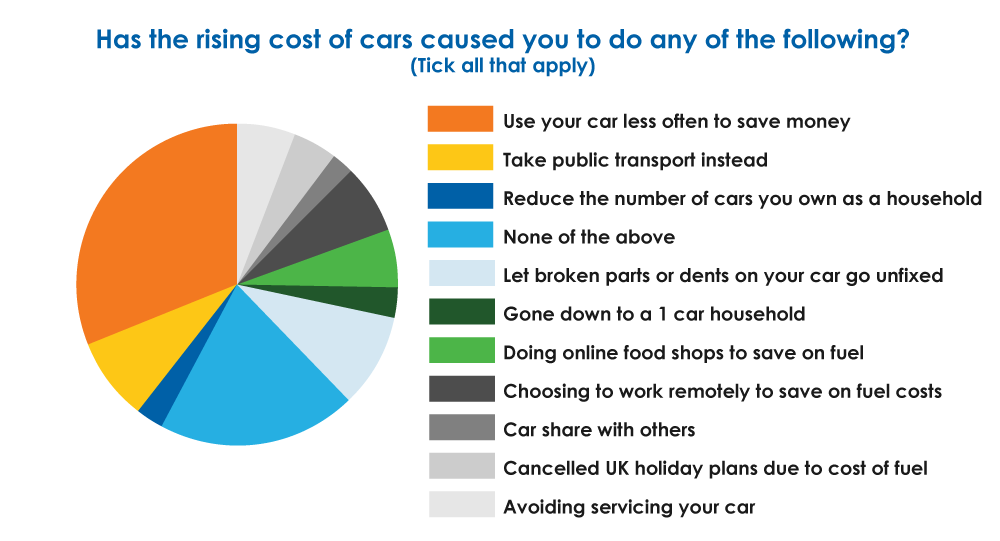 Brits are not aware of reliable car brands

With car ownership going nowhere (in fact only 4% claimed they had gone down to a 1 car household as a result of the increasing costs) we wanted to understand Brits’ perception of different car brands and their reliability. Surprisingly, most respondents remained unaware of how a car brands’ reliability might vary with nearly 50% responding ‘don’t know’. 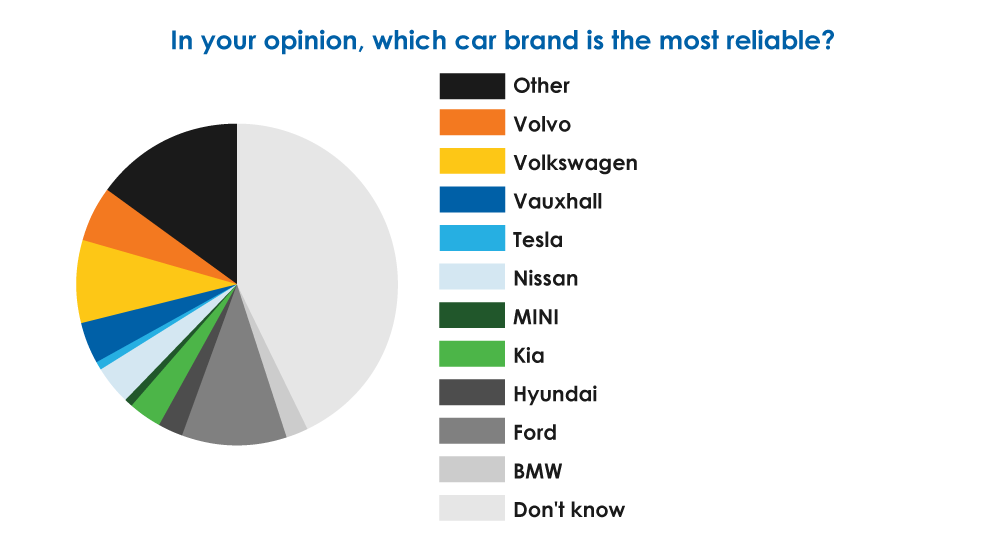 To help Brits navigate these more financially strained times we’ve developed a league table of the on-going cost of popular cars. This has seen us develop a point system based on initial purchase price, depreciation, average cost for a full tank of fuel, miles from a full tank, cost per mile, and insurance group cost. 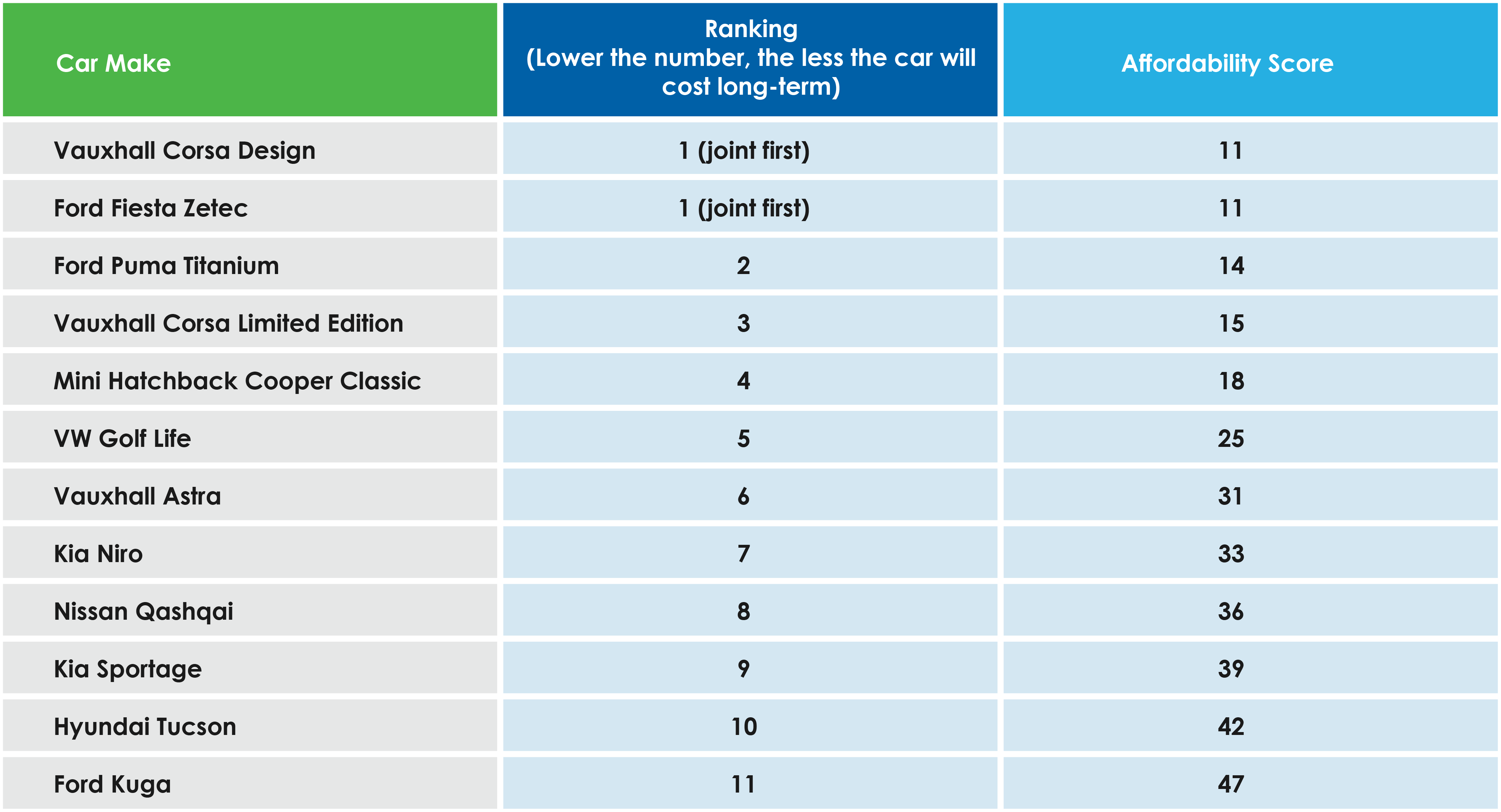 We have broken this data down to reveal how different makes and models change across a variety of factors.

To understand more about car affordability, how much you can borrow, and what your monthly payments could look like, use our Car Finance Calculator to get you on the road in a car to suit your budget.

* Survey was carried out in July 2022 through Find Out Now and consisted of 1832 respondents nationally representative.