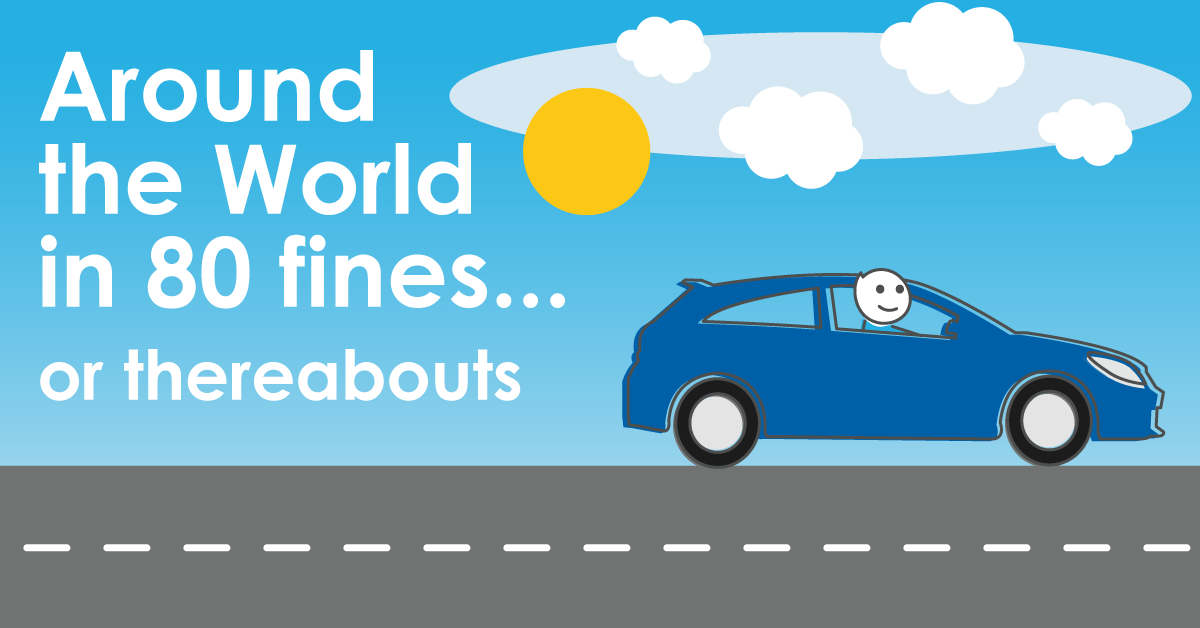 Do you Love Your Car More than Your Partner

The recent changes to the Highway Code have been widely covered in the news. Everything from cyclist priority to phone use whilst driving is being hotly debated. Touching your phone whilst behind the wheel could now result in a fine of £200 and 6 penalty points. As such, we thought it was the perfect time to look at what some of the strange laws and some of the corresponding fines from around the world.

In the UK, we have very different laws to other parts of the globe. For example, in the UK, drivers give way to pedestrians, in Beijing however, it is illegal to stop for pedestrians! But for every weird and wonderful law abroad, we have laws that, no doubt, appear equally strange to other countries. In the UK, rule 148 of the Highway Code states that listening to music too loudly can be distracting and will land you with a £100 fine as well as 3 points on your license. In extreme cases this could result in a fine of up to £5,000 and a driving ban from your local authority.

Some of the more bizarre, unique, and specific laws include it being illegal for women to wear a dressing gown whilst driving in California. This is most likely an antiquated law from a more modestly dressing era that has yet to be changed. We doubt it is ever enforced.

Another from the US is that it’s illegal to drive whilst blindfolded (which seems like a rather obvious, yet essential law to have anywhere) but it’s ok to drive the wrong way down a one-way street, but only if, you’ve got a lantern attached to the front of your car!

If you’re thinking of heading to Spain for your Summer holiday, bear in mind that if you decide to drive whilst you’re out there that getting behind the wheel for a drive in flip-flops can result in a 200 euro fine (around a £167 fine that’ll be coming out of your holiday money!).

Here are some of the strangest laws and the reasons why they exist:

Most car safety laws come into being, in an attempt, to stop actions that have gone before. But when you look at the following laws, it’s hard to imagine anyone carrying these actions out!

The Strange but True

Some laws seem unusual on the face of it, but when you dig a little deeper make a bit more sense. Then there are other laws that just seem to have no rhyme or reason.

Finally, there are the laws that are so sensible and obvious that you wonder why they require a law at all!

Now you’re aware of some of the fines and laws, and you’re looking for bad credit car finance, we offer loans that you can have a look at here.

Do you Love Your Car More than Your Partner